Andrea Maffei graduated in architecture in Florence in 1994 with honors and, after some initial experience with the office of Massimo Carmassi in Pisa, in 1997 he moved to Tokyo to work in the atelier of Arata Isozaki. Initially he was engaged in the team of the Ceramics Museum in Gifu (Japan) and then as project leader in the competition the new exit of the Uffizi museum, won in March 1999. From 1999 to 2001 he was project leader of the house Wabrah Sheik Al-Thani in Doha, Qatar, and then the expansion project of the museum of history of Qatar in Doha, as well as many competitions in various parts of the world. This allowed him to travel around the world and come into contact with the wider Asian and Middle Eastern cultures.

Leader of Italian projects by Arata Isozaki, Andrea Maffei directed the design of Palahockey of Turin, a large renovation project for the 2006 Winter Olympics, now so called Palaisozaki, which has been designed with the aim of an extensive use post -Olympic and now guests concerts, conferences and other events. He also directed the project of the Olympic pool and the park of Piazza d’Armi in Torino, Italy (2002-2006) and he did the artistic supervision of these three construction sites in Turin.

He founded “Andrea Maffei Architects s.r.l”. developing various projects in Italy and abroad. He won several Italian competitions including Bologna new central station (2008) and Bergamo new Municipality headquarter (2009), participates in the great competition for the extension of the city of Monte Carlo on the sea (2007-2008), to extend the city by the sea in the form of a peninsula with new residences, hotels, museums and offices (all with A. Isozaki).

From 2000 to 2002, Andrea Maffei engaged in academic activity as a visiting professor of architectural design at Waseda University in Tokyo, in the course of prof. Osamu Ishiyama, as well as various conferences and seminars on architecture.

It ‘s now working as a designer and signer of the project CITYLIFE in Milan (with A. Isozaki), for the construction of a large office complex and residential area in the old Fair. The project includes a 207m high skyscraper, the central square of the complex with underground station, and several residential buildings.

In addition to the professional activities, he writes on various architectural magazines and since 1997 is correspondent for the architecture magazine “CASABELLA”, director Prof. Francesco Dal Co, in which he publishes various projects and texts on contemporary Japanese architecture. He curated a special issue on Japan architecture in march 2000. He curates the monograph “Toyo Ito’s works, the texts, the writings” published by Electa, in 2001.

The tallest skyscrayper in Italy, presented at INGLASS Budapest

The Allianz Tower designed by Arata Isozaki and Andrea Maffei as part of the redevelopment programme of the historical trade fair area in Milan commissioned by the company CityLife, is the first finished (the two towers designed by Zaha Hadid and Daniel Libeskind are under construction) and it is one of the new symbols of the Growing Milan.
The idea of an endless tower can be compared to previous ambitions of other artists as Constantin Brancusi, who in 1937-38 installed his Endless Column of Targu-Jiu (Romania) in the park to create repeatable systems indefinitely. (Brancusi poetically explained: “We need to support the vault of heaven.” ).

Milan is the city that best represents the international face of Italy, comparable to London, Frankfurt, Paris. Unlike many historical Italian cities, Milan is more related to its development in the nineteenth and twentieth century, to be more precise after the industrial revolution. In this sense, design in Milan is compared with the more contemporary face of Italy, made up of factories, subways, concrete and steel and not so much of particular historical presences. Witness is the fact that the Futurist movement has developed mainly in Milan, a movement created to respond to the issues of the contemporary city. It was not a particularly important relationship with the large existing masterpieces, but rather a reflection on the themes of the contemporary city. 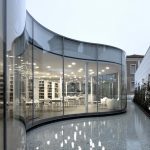 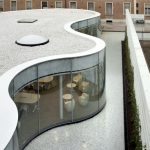